after having assembled the car it was now time to move on.  The goal is to have a car that drives, not a car that collects dust. The last week I have been coding to get a nice set of functions to get the my car moving.  Not so long ago I already developed a piece of code to let a DC motor turn a wheel.  That experience I integrated in the current developments.  I had a strong limitation and that was the current I needed for my Raspberry Pi.  It was clear I needed a powerbank.  After some investigation I finally decided to order the XB101 Xtorm Power Bank Trip 9000.  I was a little worried about the 2.5 A current output from the powerbank knowing the Raspberry Pi needs maximum 2A.  Finally after a lot of googling came on a forum where somebody said that the Raspberry Pi only takes the amount current that it needs.  Another thing I was worried about was the 5V output.  I know the Raspberry Pi needs 5V but I was wondering what in case the powerbank was not able to give the full 5V and due to some loss (USB cable) only able to give 4.8V for example.  So I was looking for a powerbank with an output of 5.25V but didn’t find any.  Anyway I found some tests where the output was  also 5V and did not gave any issues for the Raspberry Pi.  After too much time of investigating and looking for information I finally ordered the powerbank yesterday evening.  And this morning it was already delivered.  My god what a great service.  I really hate running around in big stores looking for what I need.  I really prefer the internet.  It so much easier.  Now coming back on my developments.  I am now able to let the car move forward and backward by controlling 2 DC motors.  Let’s say  2-wheel drive.  Next step is making it able to turn.  There I will have to do some magic controlling the 2 DC motors to get this done.  Still thinking about the algorithm.  I am seeing a couple of possibilities but I have to test it first.

Before I forget.  I had to remove the cobbler and the breadboard because they were a real pain to get everything wired and placed on the car which was a big problem because the breadboard and cobbler took some place and were limiting me in my work.

About the source-code.  I will only publish once I have something that is presentable.  If you need the source about my current experiments earlier, please let me know and I can send it. 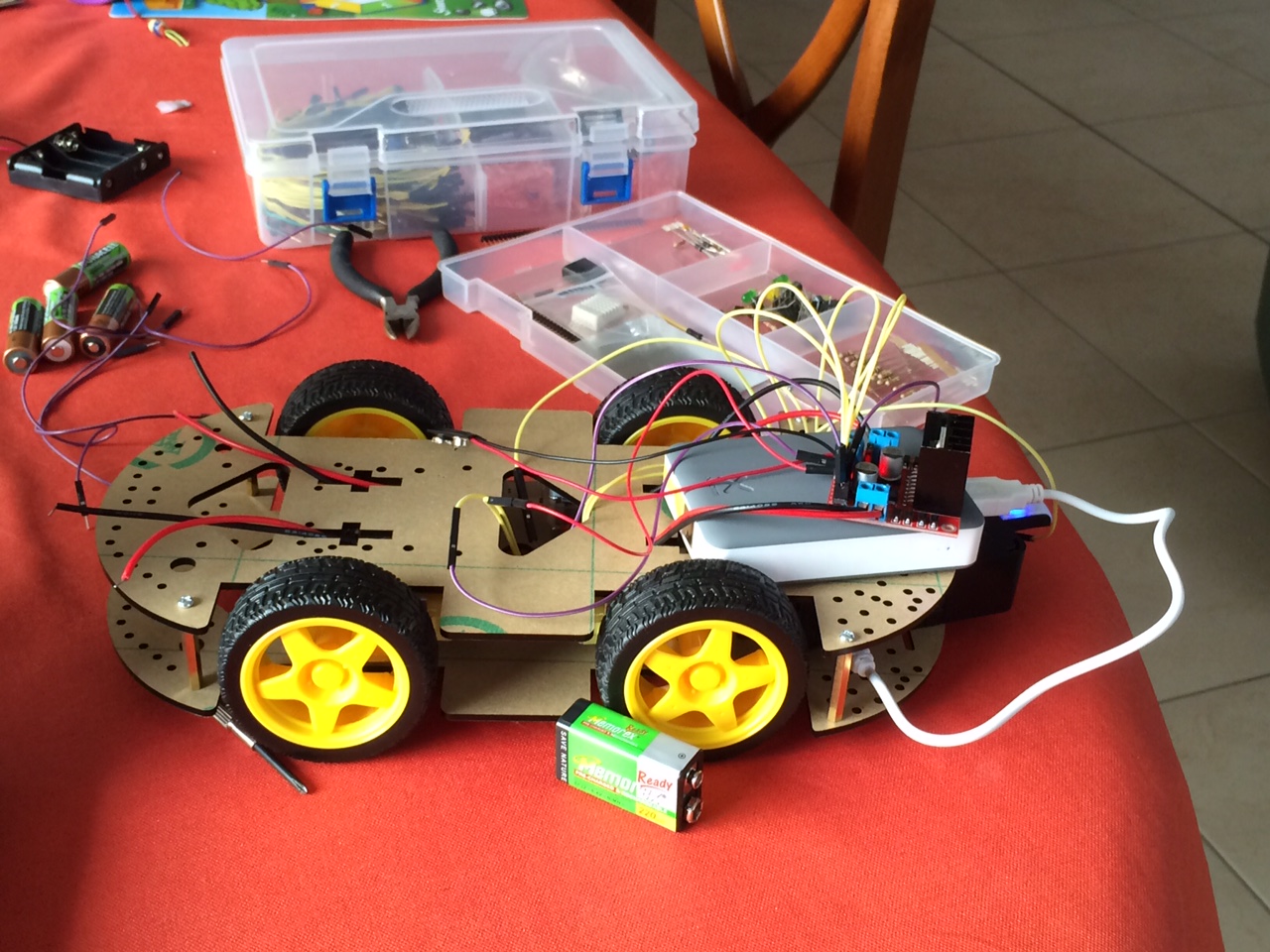